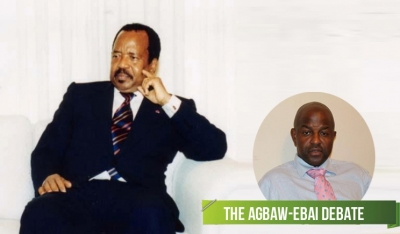 (Reuters) - An Indonesian firing squad executed eight convicted drug-traffickers from several countries on Wednesday including  2 Nigerians and 1 Ghanaian, prompting Australia to recall its envoy to Jakarta and bringing an angry reaction from Brazil.

Families of the accused had until 8 p.m. local time on Tuesday to say their final goodbyes after Indonesia rejected international pleas for clemency and ordered their executions to proceed.

"There's no reason to cancel the executions," Attorney General Muhammad Prasetyo said hours before the eight people were put to death.

Late Tuesday, Australia, the European Union and France issued a joint plea for President Joko Widodo to stop the executions, urging him to "reflect upon the impact on Indonesia's position in the world and its international reputation." UN Secretary-General Ban Ki-moon also appealed to Widodo to no avail.

Indonesia generally uses a 12-man firing squad, tying the condemned to a post and letting them choose to sit, stand or kneel.

Rights activists had mounted an Internet campaign to save Mary Jane Veloso, a Filipina who said a friend had duped into her into smuggling 2.6 kilograms (5.7 pounds) of heroin into Indonesia in 2010. She denied knowing that the recruiter had sewn the heroin into the lining of her suitcase.

On Tuesday, the alleged recruiter turned herself over to police, apparently fearing for her life after receiving death threats, police said. However, the potential new evidence brought no hope for Veloso, and even in person over the weekend Philippines President Benigno Aquino could not convince his Indonesian counterpart to spare the young mother's life until the country's last-minute reversal.

Hours before her scheduled execution, the 30-year-old Veloso heard Mass and ate lunch with her father, mother, sister, and 6- and 12-year-old sons, before "tearful goodbyes," according to the Philippine Foreign Ministry. "The family, while hoping for a miracle, seems resigned," the ministry had reported. "Mary Jane was even talking to them regarding wanting a simple makeup and simple dress" - for her funeral.

As police attempted to shield the convicts' relatives on Tuesday, screams of "Mercy!" were heard from some family members. In the afternoon, ambulances carrying white coffins were driven onto the ferry to Nusakambangan Island, where Indonesia carries out executions.

After lobbying by French officials, Serge Atlaoui won temporary reprieve pending a last-ditch legal challenge. Brazil's government had tried to win the release of a citizen believed to have paranoid schizophrenia, but Indonesian officials refused.

Australian Foreign Minister Julie Bishop had repeatedly tried to intervene on the behalf of two citizens without success.